The University Theatre Centre Cesare Questa was born in 2016 in Urbino, from the encounter of students, professors and practitioners, with the aim of combining the intercultural tradition of an ancient theatre text with its staging, in a perspective of research, educations, and production. After Plautus’ Aulularia (2016), last year the Company produced Divinissimo, an original text inspired by the life of Raffaello Sanzio. The play (which has recently been awarded a merit by the Accademia Raffaello) has already been presented to the region’s centre AMAT, and will be staged at many festivals in Italy and abroad.
The CTU Questa also organizes workshops on theatre, poetry, and intercultural translations at Urbino University and in its region’s high-schools. Besides, it is also engaged in a research activity, editing a book series (Hypocrisis, for Carocci): its first volume is Tradurre per la scena: Aulularia di Plauto (2018).
At present, the Company is working on The Cure at Troy, a verse adaptation by the Irish poet Seamus Heaney of Sophocles’ Philoctetes. 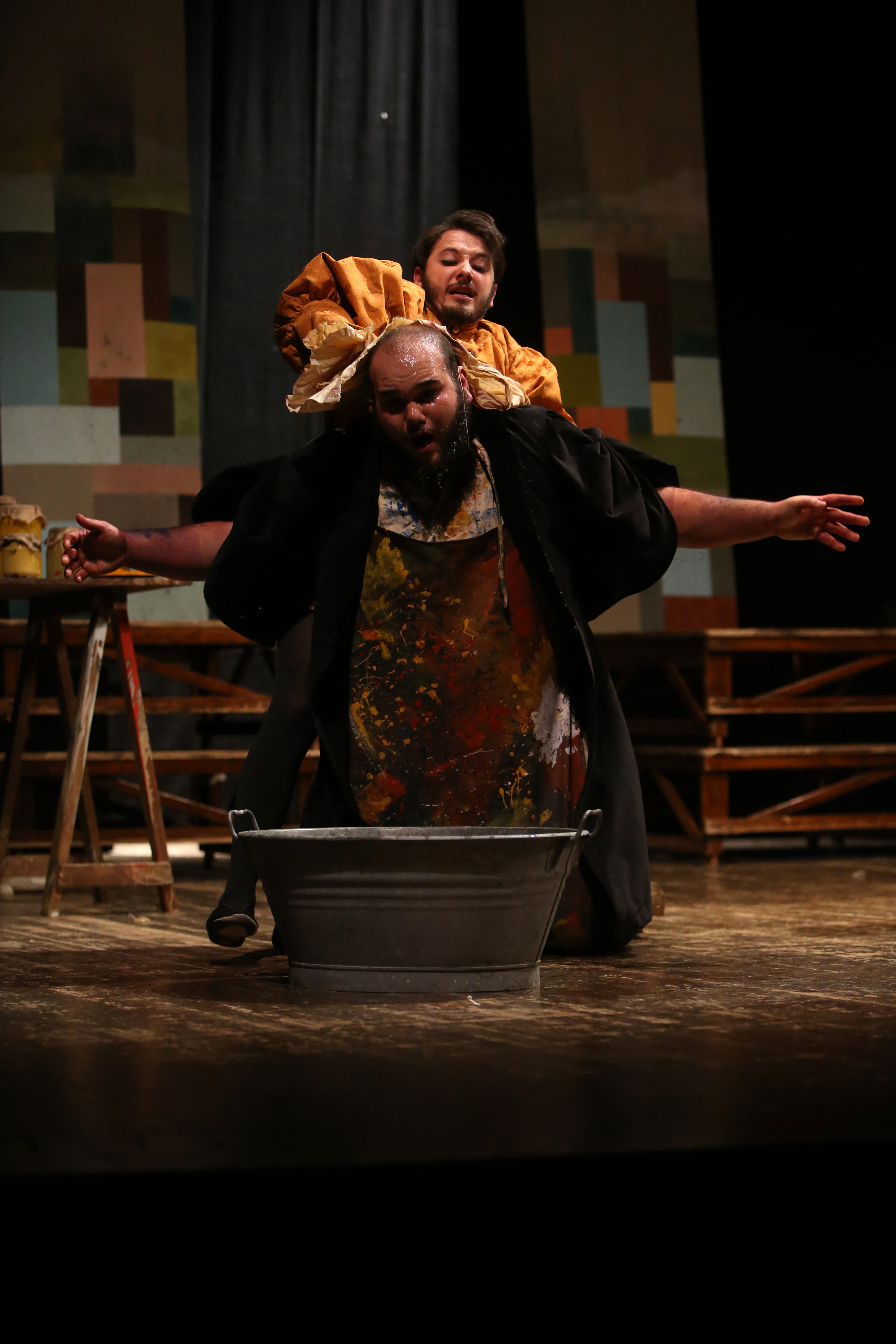